This is Beckey (Mia’s Assistant)
First, I want to say

For everyone who came.
Michael came dressed and ready for the chat.

He shared his dream cast for the book.

Below is comments that were made when this was shown:

Michael Bowler I did!

Raine O’Tierney When you are writing your stories, do you use photos/actors to “cast” the characters in your head or do you write them based on your imagination?

Michael Bowler Most were based on kids I know or knew, I cast it just recently for a blog tour I’m doing. They wanted a cast

Kari Higa I can really see these actors as the characters. It will be great to read the next book picturing them in my mind

J.g. Murphy Interesting. But it gives me faces to associate with the characters…and with a “cast of thousands”, it makes it easier to keep track!

Johanna Parkhurst That’s definitely how I picture Lance. (Plus long hair, of course.) No offense to the amazing designer of the cover (it’s a great cover), but I never really connected that boy on the cover to Lance. He felt too young or something? I’m not sure.

Johanna Parkhurst And I just loved Lance so much. Speaking of which, Michael, you owe me some tear ducts for that ending. 😦 (Spoilers are allowed in here, right?)

We had an enthusiastic group of people discussing the different elements in the book, Children of the Knight.

Here’s a question about family in Children- how necessary is blood to a family- as in being blood relations?

Michael Bowler I have so large a family of kids who’ve become part of my life over the years who call me “Dad” and we have no blood connection.

Kari Higa I think both. I would never abandon a blood relative, even if they aren’t the best people. But you can create a family of your choice.

Mia Kerick I have an adopted son and he is EVERY BIT MY SON!!!

Kari Higa I think every child needs someone to look up to.. doesn’t matter male or female for me. but boys seem to need a strong male figure they respect

J.g. Murphy Oh yeah, Michael Bowler, it’s the same with me. I saw a 32yo MAJ in the army the other day whom I’ve known since he was about 13…he still reminds me that I was more of a dad to him than his own…reminds me all the time of how being a good friend to someone can make them family to you!

J.g. Murphy I think Kari Higa’s comment is dead on. And study after study show that so many issues can be solved by boys having that role model in place from an early age.

Michael Bowler It would allow the kids to excel in areas they are good at from the get go. It would expose them to all facets of life that engage their mind, body and spirit so they can become complete people. Having rigid dogma in education is not better than rigid dogma anywhere

Johanna Parkhurst This is why, despite all the politics around it, I’ve become a big believer in school choice. If every part of the country had many different types of schools that focused on different types of learners and learning, then every kid could really find an educational path that worked for them. The problem is that running a school choice system has millions of flaws of it’s own…the bureaucracy is a total nightmare sometimes.

(This is just a few comments…There is more …)

Everyone have shared their ideas and opinions about what they thought and felt about them as they saw them in the book and in general. Everyone was pretty vocal (if you call fast typing being vocal).

The door prize of The Red Sheet blanket was won by JG Murphy.

With the help of names in a hat and my husband being a good sport waving a fairy wand over the hat J.G. Murphy name was magically pulled.

J.G. Murphy OMG! That’s like the only thing I’ve ever won!

Tee shirts/tank tops were won by Tame, Johanna but she gave it to Giovanni, Kari, and me, Beckey with a random lucky guess for the trivia question.

The first question was: After the standoff at Round Table Pizza, how did the Internet tag the video of that standoff? What was it called on YouTube, etc?

Answered by Kari Higa… battle of the round table. And Tame Anna Battle for the Round Table?

Which we discover was a nickname for Michael Bowler…

But Johanna Parkhurst said SWEET! (I really love Jack. And winning, to be honest.) But Giovanni Ezquivel can have the shirt, because he really wanted one. I just wanted to get a trivia question about the book right.

The last question was: Which Arthurian character is mentioned a lot in Book I, but doesn’t seem make an appearance, but is, in fact, in the story twice?

I jumped in and randomly guessed Merlin… 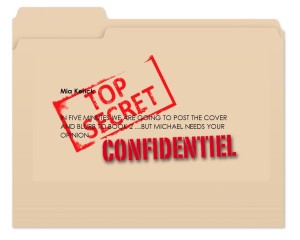 I am going to end this post by simply saying thank you once again… For those who attended and those that are reading this.

Hugs to you all…