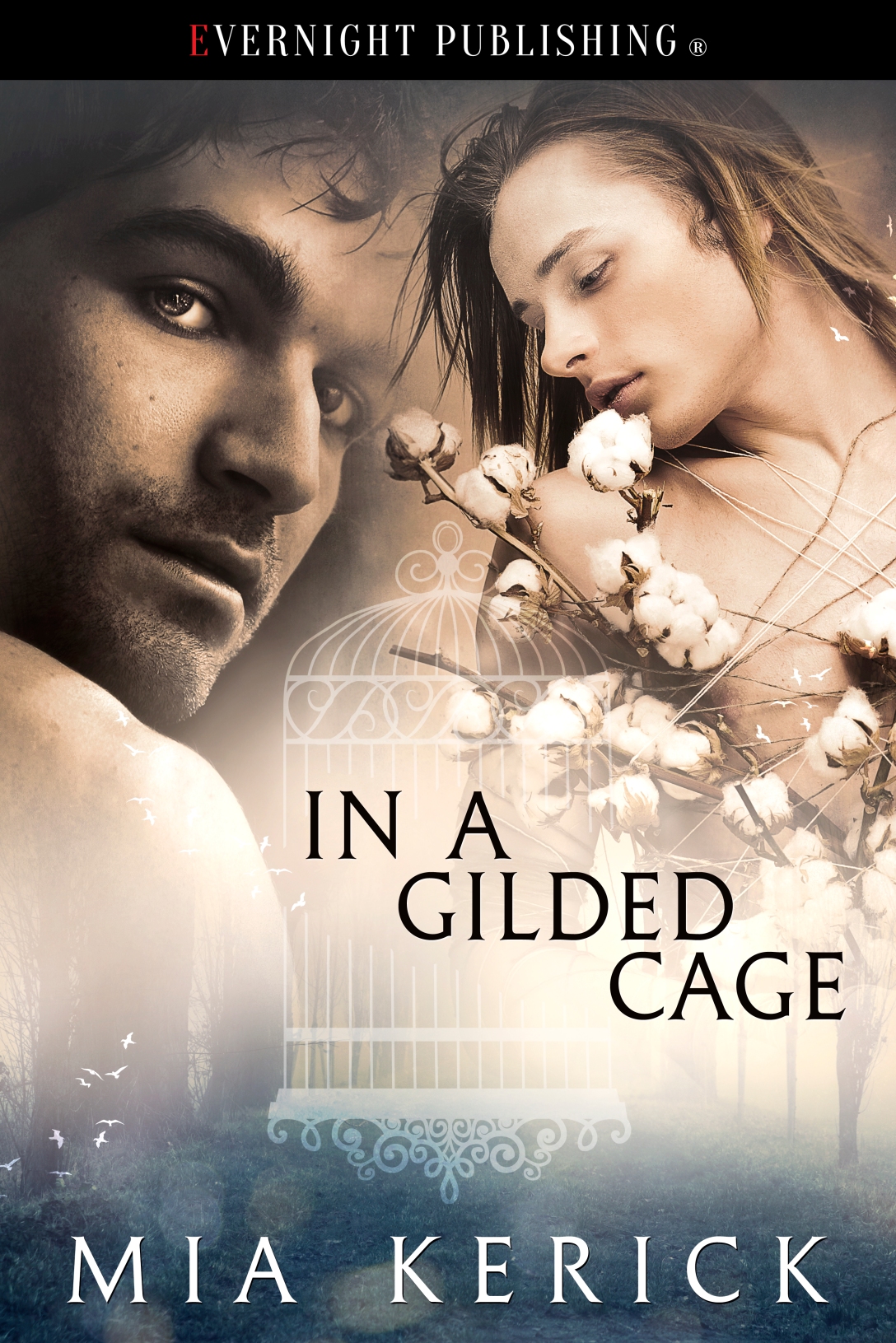 It has certainly been a while since I’ve announced a new book, but I’d like to post the COVER REVEAL of IN A GILDED CAGE by Mia Kerick, a modern retelling of the fairy tale Rapunzel. The publisher of this NEW ADULT LGBTQ CONTEMPORARY FAIRY TALE is Evernight Publishing. It will be in their Naughty Fairy Tales, as well as New Adult and Gay Romance. And what a cover! I’m thrilled!!

Here’s a little about In A Gilded Cage:

In the dark and modern fairy tale retelling, In A Gilded Cage, “Rapunzel” is indeed alluring, crowned with a mane of long, blond hair and blessed by an enchanting musical talent that draws a brave rescuer to a high tower hidden in the forest. However, this Rapunzel just so happens to be a young man named Lucci Grimley, sold as a child to the wealthy and childless Damien Gotham for the price of a fast car and a pile of cash. And Lucci’s heroic prince is actually William Prinzing (Prin), a handsome and ambitious young landscaper hired to care for the grounds at the lavish Tower Estate, who climbs an extension ladder, rather than a long golden braid, to gain access to Lucci’s second floor bedroom window. In a college town where success in soccer and superior grades make Prin “royalty” and where Lucci is schooled by elite private instructors—completely detaching him from the rest of the world—the young men address the prospect of liberating Lucci from his twisted guardian and gilded cage. Prin manages to penetrate the secrecy surrounding the young man in the tower, allowing friendship, and soon romance, to bloom. Together, they sneak off the mansion’s grounds to do the things that young men do—explore the town, attend parties, and learn the truth of friendship and intimacy. And as in the original tale of Rapunzel—the version we don’t read to our youngest children—the tower captive freely gives his love to the brave rescuer, which ultimately sends the fanatical Gotham into a frenzy of rage. He banishes Lucci and destroys Prin, dashing their hopes for the future. Will they find their way back together?

There will be more info about the book to come… but enjoy the awesome cover showing modern-day Rapunzel, Lucci Grimley, and his prince, William (Prin) Prinzing!! ❤