Today is National Coming Out Day 2017! It is observed annually to raise awareness of CIVIL RIGHTS for the LGBTQ Community. I’m celebrating with the Human Rights Campaign (see below) by supporting LGBTQ EQUALITY on Facebook and Twitter. I hope to do a small part in helping to create an environment in which people can live authentically. 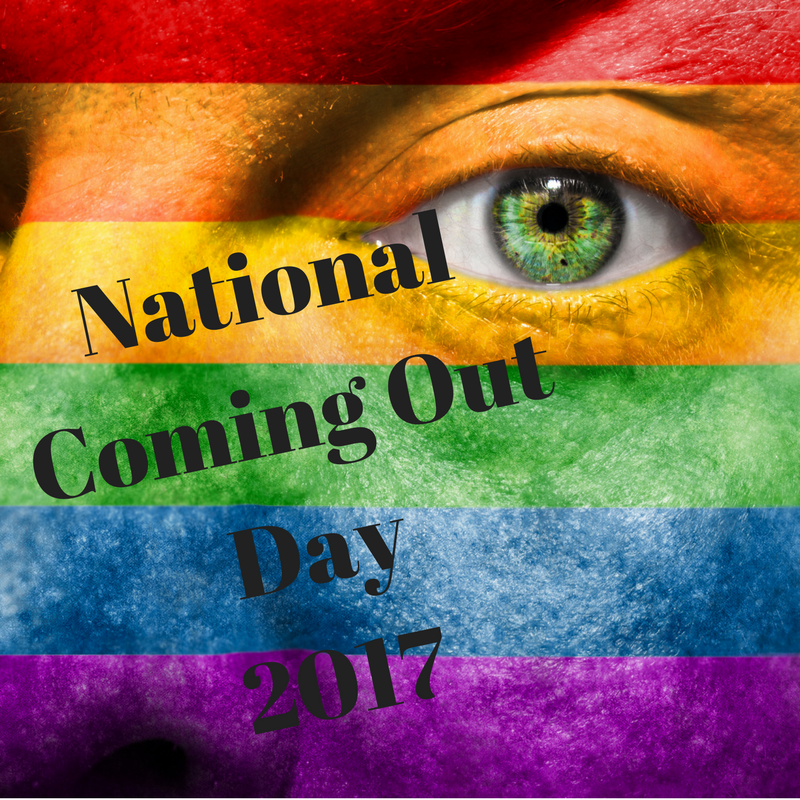 “Coming out is one of the most courageous acts any LGBTQ person makes, and on this National Coming Out Day that courage remains essential to our continued progress toward full equality,” said HRC President Chad Griffin in a press release today. “As LGBTQ people across the nation and around the world continue to come out, opposition to equality will continue to crumble. Sharing our stories is a key way each of us can fight back against attempts to turn back the clock on LGBTQ equality.” (ABC News)

“National Coming Out Day (NCOD) is an annual LGBTQ awareness day observed on October 11 and October 12 in some parts of the world.[1] Founded in the United States in 1988, the initial idea was grounded in the feminist and gay liberation spirit of the personal being political, and the emphasis on the most basic form of activism being coming out to family, friends and colleagues, and living life as an openly lesbian or gay person.[2] The foundational belief is that homophobia thrives in an atmosphere of silence and ignorance, and that once people know that they have loved ones who are lesbian or gay, they are far less likely to maintain homophobic or oppressive views.[3]

In more recent years, the idea of the “lesbian and gay community” has been largely subsumed into the idea of the LGBTcommunity, and the idea of “coming out” expanded to not only include the voluntary self-disclosure of a lesbian, gay, or bisexual sexual orientation, but also transgender, genderqueer, or other non-mainstream gender identity.[1]”

In honor of National Coming Out Day 2017 I changed my Facebook cover photo to promote the fight for civil rights for transgender people.

IF YOU ARE READY, SHOW THE WORLD YOUR TRUE COLORS!!!