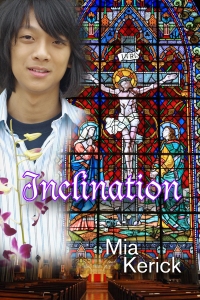 Sixteen-year-old Anthony Duck-Young Del Vecchio is a nice Catholic boy with a very big problem. It’s not the challenge of fitting in as the lone adopted South Korean in a close-knit family of Italian-Americans.  Nor is it being the one introverted son in a family jam-packed with gregarious daughters. Anthony’s problem is far more serious—he is the only gay kid in Our Way, his church’s youth group. As a high school junior, Anthony has finally come to accept his sexual orientation, but he struggles to determine if a gay man can live as a faithful Christian. And as he faces his dilemma, there are complications. After confiding his gayness to his intolerant adult youth group leader, he’s asked to find a new organization with which to worship. He’s beaten up in the church parking lot by a fanatical teen. His former best pal bullies him in the locker room. His Catholic friends even stage an intervention to lead him back to the “right path.” Meanwhile, Anthony develops romantic feelings for David Gandy, an emo, out and proud junior at his high school, who seems to have all the answers about how someone can be gay and Christian, too.

Will Anthony be able to balance his family, friends and new feelings for David with his changing beliefs about his faith so he can live a satisfying life and not risk his soul in the process?

I’ll pass on the Kool-Aid, thank you

It sounds like a joke, but it’s all true. Every student who volunteers his or her time on a weekly basis at an animal shelter, a hospital, or a home for the elderly receives a free lunch on the last Monday of the month, putting to rest the veracity (got that word on the last SAT practice test I took at my desk in my bedroom the other day) of the old idiom, “There’s no such thing as a free lunch.”  And as I spend every Sunday afternoon patting and playing with cats at the Centerton Humane Society, I qualify. If nothing else, it gives Mom a day off from making me lunch.

“It was so disgusting.”

I drop down into my usual seat in the cafeteria beside Laz, my tray with the bowl of free macaroni and cheese, a slice of bread, and milk, sliding onto the lunch table in front of me. “The mac and cheese?” I ask. “Last time I had it the stuff wasn’t too bad.” It’s not one of Mom’s gourmet lunches, but it gets the job done.

“No, Anthony.” Emma Gillis rolls her eyes and swallows her bite of free mac and cheese she earned by reading classics to the elderly on Saturday mornings at the New Horizons Elderly Center. She gulps in a breath and informs me with her usual haughtiness, “I was telling everybody about these two old men I read to last Saturday who think they are some kind of couple. They actually kissed each other.” She fake-gags.

“I threw up a little in my mouth when I saw that!”

For my own personal reasons, I gasp, while everybody else snickers.

“Those old dudes must be losing it, as in, they could have Alzheimer’s or something, and they forgot that dudes belong with ladies, not other dudes.” I glance over at Lazarus, who abruptly stops babbling to suck down the first of three cartons of chocolate milk. “But seriously, that’s messed up.” Laz wrinkles his nose in distaste and runs his hands through his shaggy dark hair, before moving on to carton number two.

I’m basically frozen, my hand still hovering over the slice of wheat bread on the corner of my tray, my mouth hanging open. I might even be drooling.

“It’s not their fault, Emma.” Elizabeth-the-devout always takes the case of the underdog. It’s how she’s wired. “They’re just sick in their minds.” She sends Emma a you-ought-to-be-ashamed-of yourself sort of frown. “We, as Catholics, are called to compassion.”

Everyday single day at lunch since freshman year, I’ve sat with the kids from the Our Way youth group. In fact, the other kids in my grade have long referred to our lunch table as “Our Way to Survive Cafeteria Food”, which somewhere along the line got shortened to the “OWSCF Table”, which eventually morphed into “awe-scoff”. I have always felt safe and secure sitting at the awe-scoff table. These are the kids I’ve prayed with three times a week at Our Way, and the ones who I was confirmed with in ninth grade. I’ve collected toys for the poor with these kids—in fact, for three years running we’ve made sure that no child in Wedgewood missed out on having a small stack of Christmas gifts, and that brings about some major bonding. We’ve shared weekends camping in the Maine woods, singing and holding hands and sometimes crying when the Spirit moved us.

This is my safe spot at school, like my tiny room is my alone spot at home.

“If you ask me, all fags deserve to die for going against Christ and everything that’s natural. They should be forced to drink poison Kool-Aid, like those cultists had to do down in Jonestown…’member that?” Is that Rinaldo Vera who just suggested mass murder as the “final solution” to the gay problem?

Sweet, passive Rinaldo—the gentle giant. Um, not so much.

“I saw a TV movie called the Jonestown Massacre.”

“I caught that too…those people were warped.”

The conversation drifts away from the vileness of homosexuality, toward the disturbing personal stories of the few survivors of the Jim Jones Cult Kool-Aid Massacre. But I’ve heard more than enough, in terms of stuff that pertains to me.

Feeling as if I’m going to lose what little lunch I ate, I jump up off my chair and race toward the boys’ room in the hall near the cafeteria.

Maybe there really is no such thing as a free lunch. 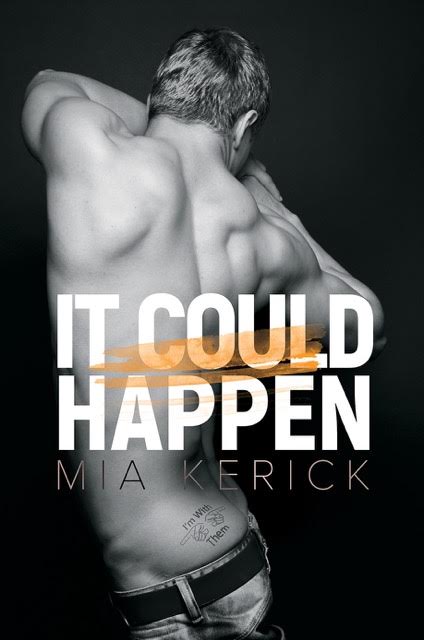